Bodegas Diez Mérito produces Sherry wines in a traditional system of soleras and criaderas, Brandy de Jerez, traditional vinegar and other spirits in their two historic bodegas, El Cuadro and Bertemati, in Jerez.

Their holdings encompass over 500 acres of vines between 3 main vineyards, Vina El Caribe (in the historic pago of Añina), Vina El Diablo and Vina las Mezquitillas, mostly on the typical, chalky, albariza soil and all rated Jerez Superior.

The brand Pemartin dates back to 1810 with the planting of a vineyard in the Macharnudo pago by Julian Pemartín Rodis. In 1819 he built the winery known as El Cuadro, which is still in use to this day.

The Bertola brand dates to 1876 when two brothers, Manuel and Salvador Díez y Pérez de Muñoz, started a wine producing business. In 1892 another brother, Francisco, joined the company and its name was changed to Diez Hermanos. The following year, the winery was granted the honorary title of “Supplier to the Royal Family” by His Majesty King Alfonso XII, allowing them to use the Royal Coat of Arms on labels and invoices.

In 1961, the Díez Lacave brothers, direct descendants of the founding partners, acquired the “Marqués del Mérito” bodegas and in 1979 they merged with “Díez Hermanos” to form the DÍEZ-MÉRITO group.

The new millenium saw their release of one of the first commercialized V.O.R.S. wines, the Fino Imperial, new ownership by the Espinosa family of Jerez, and the production of a vermouth, based on a historic recipe. 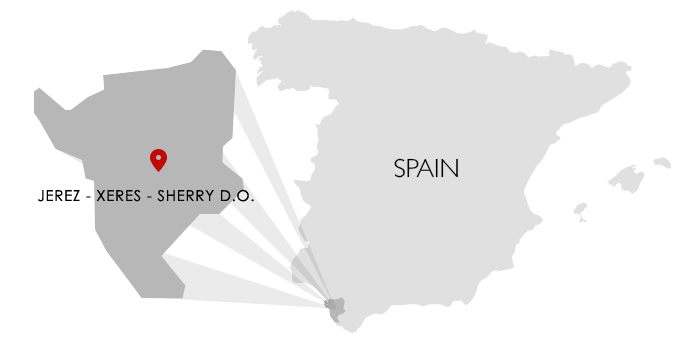